Lessons from the COVID-19 Crisis 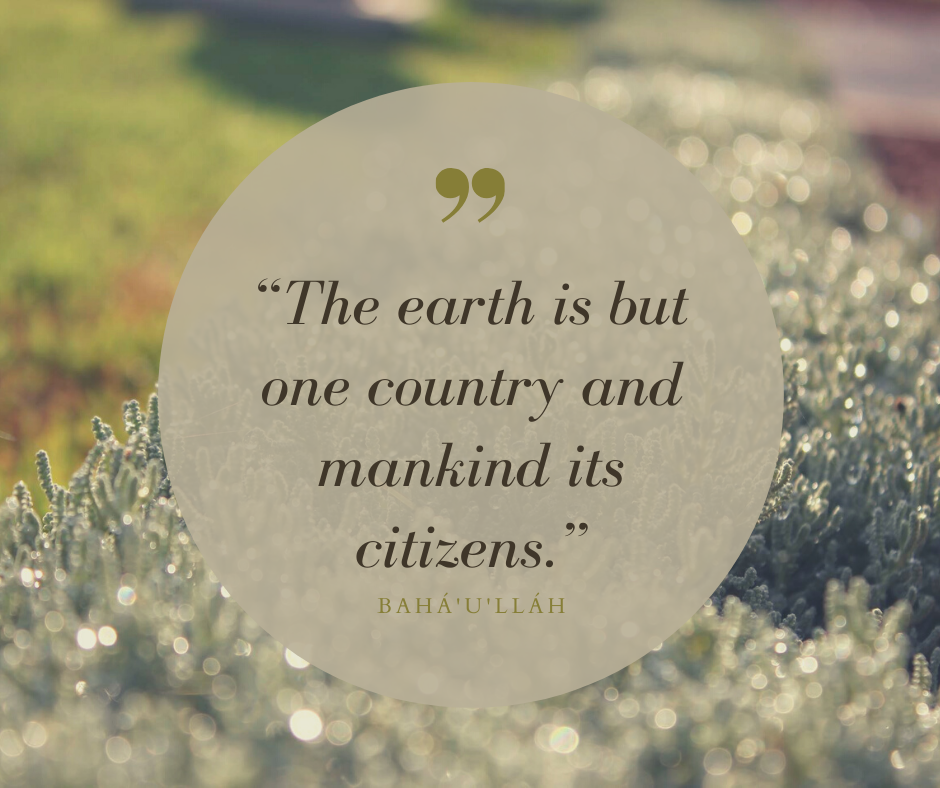 Mounting ventilator shortages, ubiquitous masks and protective gear, armies calling a cease fire to set up makeshift hospitals… Our news is flooded with reports of the stark suffering that is being endured all over the world, as we unite to fight a common enemy. No country or nation seems to have been spared. Though one region of the world or another may currently appear to be less affected by the disease itself, its ramifications on the economy are being felt in every corner of the world.

At the same time, praiseworthy initiatives by those wishing to instil a sense of hope are appearing in abundance, albeit they do not receive adequate coverage from the mass media. From communities pulling together to support the most vulnerable and those working on the front line, to groups of friends uniting through conference calls to contribute to the development of the moral and spiritual aspects of their lives by way of prayer gatherings and online educational classes, one can see glimmerings of hope starting to appear amidst the gloom of despair like evening stars.

Beyond these projects that are being set up to assist in the short-term, what are we to take away from this crisis? Encouraging accounts are starting to emerge of the beneficial effect that the standstill is having on our long-neglected mother nature. The ozone layer is starting to heal. Air pollution has cleared up as roads are deserted and factories shut down. A heightened appreciation of nature’s beauty is gaining strength in the minds and hearts of those who have been constrained to their homes. It seems opportune to pause at this time, and reflect, on our relationship with the environment and its resources, and the future that awaits us if we don’t break the cycle of cancerous materialism that we have increasingly engaged with since the Industrial Revolution. Surely, we cannot continue in this way for much longer.

But a deeper question prompted me to set down these few thoughts. I wondered what lessons we might learn from this crisis, and how we might change our behaviours once life returns to something like normal, even if it is a far cry from the world we were living in just a few months ago.

I have seen posts on social media from friends in various countries, encouraging their contacts to remember to ‘buy local’ after the crisis is over. While I am by no means in favour of supporting multi-national organisations whenever there are local alternatives, I feel uncomfortable with the argument behind these requests – namely, that my region’s or my country’s economies have been affected by the lockdowns, and therefore it is everyone’s duty to keep as much money circulating in the local economy to assist in its recovery.

If anything, the COVID-19 pandemic has served to show, more so than ever, that the words uttered by Bahá’u’lláh well over a century ago speak nothing but the truth, namely that:

“The earth is but one country and mankind its citizens.”

We are witnessing on a daily basis that the interconnectedness of the world on so many levels – from international transport almost grinding to a complete halt, to stock market crashes affecting investors regardless of provenience, to breakages in supply chains sending related business hundreds of miles apart down the same path of economic destruction – points to the undeniable truth that we, as humanity, are one. How then, can we imagine, that limiting our world-view to a localised outlook of post-crisis recovery will lend the greatest contribution to the world’s commonweal? The fallacy of such an argument is self-evident by reflection on the very cause of what has made the current crisis a concern of global magnitude.

“It is not for him to pride himself who loveth his own country, but rather for him who loveth the whole world.”

A few hours ago, while scrolling through my Facebook feed, I came across a post which really shook me to the core. An individual in Italy (one of the countries affected the most by the coronavirus) posted the following:

I don’t know when and how tourism will recommence in Italy. But once it does, I will try to avoid German tourists. Given the consideration that they have shown to us in terms of economic support during this pandemic, as far as I am concerned, they can holiday elsewhere.

While I fully empathise with the extremely difficult situation that Italy and many other hard-hit countries are facing, and even assuming that Germany as a country has acted inconsiderately in not supporting Italy throughout this crisis (which I am not seeking to judge either way), I feel it is just plain wrong to victimise and seek to shift blame on other individuals. Should the government of another country be to blame for not offering sufficient assistance to another, perhaps we, as mankind, need to reflect about why we have not heeded Bahá’u’lláh’s call to establish a world commonwealth. Surely, a situation such as this, would be merely one manifestation of the myriad injustices perpetrated as a result of our stubbornness in seeking to put our national interests above those of others.

However, what we can and should control as individuals is our attitude towards our sisters and brothers residing beyond man-made borders that delineate an atlas like the cracks of a shattering sphere of china. Surely, no one individual is to blame for humanity’s shortcomings as a whole, nor for any decisions taken by their respective governments. Neither can anyone claim that the sick state of the world cannot be changed through our own individual contributions. Hence, seeking to adopt the shoes of a victim and blaming other individuals for lack of support on behalf of their elected representatives, cannot be right.

So, what is the solution?

What is needed is a conscious commitment from each one of us to participate in a process of personal and societal transformation. Shoghi Effendi, in a letter written on his behalf, states:

“We cannot segregate the human heart from the environment outside us and say that once one of these is reformed everything will be improved. Man is organic with the world. His inner life moulds the environment and is itself also deeply affected by it. The one acts upon the other and every abiding change in the life of man is the result of these mutual reactions.”

What instrument is there, potent enough to heal the ills in the world and achieve the long-awaited era of peace and world unity each of us longs for in our hearts?

Religion, writes Bahá’u’lláh, is “the chief instrument for the establishment of order in the world, and of tranquillity amongst its peoples.”

Bahá’u’lláh, Epistle to the Son of the Wolf

So how come the world finds itself in such a lamentable state? The problem is that people have twisted divine truth in the past and sought to use it for their own ends, thereby corrupting the true essence of religion. Bahá’u’lláh warns us of the consequences of seeking to promote our selfish interests in the name of religion:

“In truth, religion is a radiant light and an impregnable stronghold for the protection and welfare of the peoples of the world, for the fear of God impelleth man to hold fast to that which is good, and shun all evil. Should the lamp of religion be obscured, chaos and confusion will ensue, and the lights of fairness and justice, of tranquility and peace cease to shine.”

Please, don’t be shocked. Hit the reset button. Forget every connotation of the word ‘religion’ that you have heard used to date, and consider the following as the aim of true religion:

“[I]s not the object of every Revelation,” He asks, “to effect a transformation in the whole character of mankind, a transformation that shall manifest itself, both outwardly and inwardly, that shall affect both its inner life and external conditions?”

So how can we, as individuals, contribute most effectively to the wellbeing of the world? How can we develop ourselves spiritually and transcend the language of hate and the adversarial attitude instilled in us by a sense of blind nationalism? How can we assist our society in progressing towards an ever-advancing civilisation, where material and spiritual progress go hand-in-hand? How can we translate our volition to do good into action as part of a revitalising global force?

I encourage you to consider joining the Bahá’í Movement, in whatever capacity you prefer, and help us build a better world. To read more, visit https://www.bahai.org/action/.

PrevAn Underlying Cause – Reflections on the Killings of November 13th 2015
How can we prevent the next global crisis?Next